With apologies to the great William Shakespeare: “To be or not to be”, is simply no longer the question we should be asking ourselves. Rather, the question is better phrased around: “CANI or Can’t I?”

CANI is a very common acronym (much attributed to Tony Robbins – I believe), that stands for Constant And Never–ending Improvement. Through my educator’s lens, it means that everything is a process. We are a process. There are very few, if any, absolutes when it comes to human development and self-improvement. What was once considered impossible or even highly unlikely to achieve, is now often commonplace. How many semi-literate ‘dyslexics’ have created much joy, abundance, and creativity in our world? Think Richard Branson, Albert Einstein (yes THAT Einstein!), John Lennon, Cher, Leonardo da Vinci, to name but a few. What would our world that we live in today be like without the many gifts these people have bestowed upon humanity? What would have happened if they had believed and bought into the paradigm and labelling, that limited them?

What CANI Means for Students

For students, especially senior student’s, it means that ‘failure’ simply doesn’t exist! Big statement when they get a ‘bad’ mark back, I know? Sure, it’s an externalised construct imposed on students as a result of some mechanised ‘result’. It is NOT what most in our school systems would have us believe it is. It is purely and simply FEEDBACK, nothing more, nothing less. If they were to sit with that thought for just a moment before they tackle the next assignment, it will have a truly remarkable outcome on their future. School for many is simply a ‘speed-hump’ along life’s magical path. For most, it simply doesn’t work. For the few who can live in the paradigm of ‘success’ or ‘failure’ as dictated by the scholastic institution, it does work to a point. Then what? Continue giving personal power away to another level of institutionalised, external monitoring?

Now, I’m not saying that knowledge for knowledge sake, is a bad thing but for many students, it is a soul-destroying feedback mechanism that keeps them stuck and playing very small with their own lives. The personal philosophy of ‘CANI’ provides a way out. Another way of viewing every single ‘mark’ they receive. Each and every result can be viewed as an attempt at improving their own personal power by asking themselves the question; Can I, CANI? Am I able to accept all of my results as simply feedback for my own improvement, not an external comparative of myself compared to others?

I’m hoping this blog provides a springboard that might just open some conversations. May just provide even one student with a new perspective. Carpe Diem!

One of the most often asked questions we’ve received over the years is ‘how can I get better organised?’ Wouldn’t we ALL love the answer to THAT question! 🙂 Below…

For many students, ‘results day’of NAPLAN testing, can be just as nerve-racking as the ‘testing day’. Frequently more so. ‘Results Day’ often sees a spike in absenteeism and mysterious tummy… 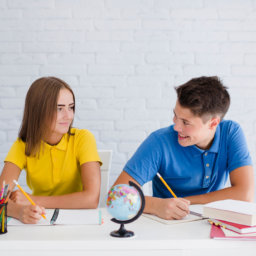 This time of the year can often be problematic and very confusing for Year 10 students, as they make major decisions about subject choices for their Higher School Certificate. Their…

One of the most frequently asked questions from our Seniors at this stage of the year is: ‘How can I write so many short answer and essay type questions within…